We all know of stories of war-time love.  Some have happy endings and some, unfortunately, do not. The stories that end happily are the ones we will stick to today.  Below you will read a story about love that grew over distance and time, a mystery and a happy ending! 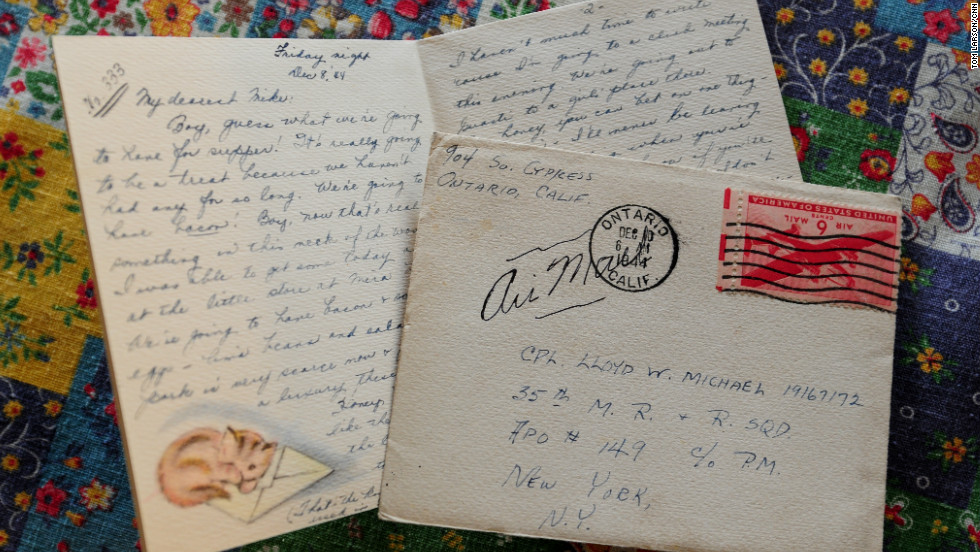 Of all things to steal, you’d think love letters would be low on the list.

But that’s exactly what thieves took from Lloyd and Marian Michael — the couple’s sweet letters and the sleeping memories they stirred.

“We were just overwhelmed … so sad,” said Marian, 88, about the day they discovered them missing.

Still, she and Lloyd, 89, were never the type for self-pity.

What could they do? They moved on.

Then, several decades later, the Michaels got a strange message on their answering machine.

The caller, a military veteran, had painstakingly tracked them down after his father’s death. He said he had news about their letters. 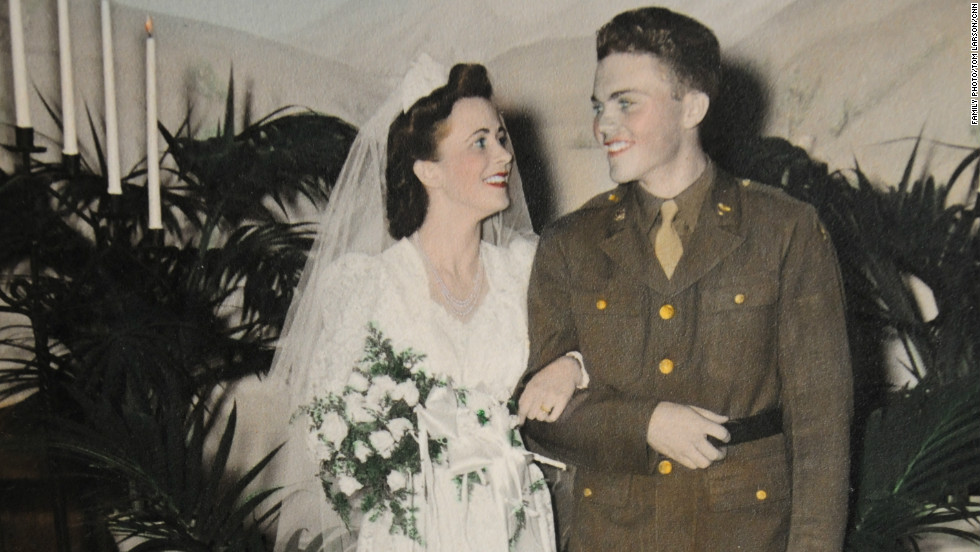 In love and war

Lloyd and Marian met at a California high school in the 1940s, when Bing Crosby was big, a stamp cost 3 cents, and war raged around the world.

For their first date, Lloyd took Marian to a dance at a civic center. He told his family that night he’d found his girl.

“I think that the war situation was so intense at that time,” she said. “It was just important for him to find a girlfriend and for me to find a boyfriend. That’s what we were, girl- and boyfriend.”

They married on December 31, 1942, just about a year after the attack on Pearl Harbor that drew the United States into World War II. Lloyd had joined the U.S. Army Air Forces by that point, and had to get a weekend pass for the wedding.

They were madly in love and eager to start their new life, but the war had plans of its own.

After the wedding, the Army sent Lloyd to Mississippi for aircraft mechanic training, then back to California and on to New Jersey before he deployed to Europe, where Marian could not follow.

To stay connected, the newlyweds wrote each other as often as they could — open, affectionate letters describing how much they missed each other and longed to be together.

“Darling, I can hear Bing (Crosby) singing over the loudspeaker,” wrote Lloyd on July 6, 1944. “He is singing ‘By the Light of the Silvery Moon.’ Boy, he can really sing. Marian, remember the old moon down in Mississippi …

“That moon means more than ever to me now. Just right when I got into my foxhole, I could look out and see that old moon shining so very bright. It was so very full. I got a very warm feeling inside of me just sitting there, laying there, and looking at it, and thinking of you.”

Lloyd later explained the motif of the moon: “We had made a commitment when we left that we’d kiss the moon at night.”

“If you think about it … the moon, wherever you’re at, the other party will see that same moon that day,” he said. “That moon would be over her.”

The couple made other promises too. Before Lloyd left, he and Marian bought identical maps of Europe. In his letters, Lloyd wrote the position on his map that matched, more or less, where he was.

The censors never cracked their code.

Lloyd was deployed overseas for 27 months. He served in England, Germany, Belgium and France, arriving in Normandy just 12 days after the historic invasion.

After the war, he returned to California. He and Marian made a life in Alta Loma, outside Los Angeles, where they raised four children.

The Michaels locked their love letters in a trunk for safekeeping, along with the rest of Lloyd’s war memorabilia. They put the trunk in a shed.

But sometime in the late 1960s, or early 1970s — the Michaels aren’t sure — someone gutted their shed, snatching the trunk and everything in it.

“We just accepted that they were gone forever, probably trashed. We never dreamed we’d ever see them,” Marian said. “And when we had this message from this young man on the phone we just couldn’t believe it.” 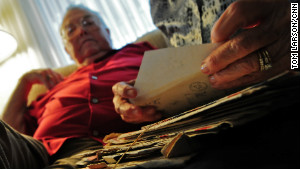 The man at the other end of the line had a plan when he dialed the Michaels’ phone last fall.

Using Lloyd’s Army serial number, he had tracked the couple down. Apparently, there had been a number of men with the name Lloyd Michael in the service. But there was just one with a wife named Marian.

He asked the Michaels to meet at a nearby In-N-Out Burger.

It was about 12:30 in the afternoon when they pulled into the parking lot.

“He undoubtedly saw two old, gray-haired people walk right in, and got out of his car and walked over and said: ‘Are you Lloyd Michael?’ ” Lloyd said. “Handed me this big box he had of our letters.”

The man told the Michaels he had come across their correspondence as he was going through his father’s things. His father, a stamp collector, had died.

The letters had been stored in a trunk that was stolen from their shed more than 40 years ago.

Maybe his father bought the letters, hoping their stamps would be worth something one day. But who knows?

The man wasn’t saying much, and the Michaels didn’t want to pry.

“I don’t want to put him through that,” Lloyd said. “He just did something that was a marvelous thing for him to do.”

As quickly as he entered the Michaels’ lives, the man left.

They tried to buy his lunch. But he wouldn’t take a thing.

Later, they sent the man a box of candy for Christmas anyway.

“He’d been a veteran himself, and he had a boy that had been in either Iraq or Afghanistan and had just returned home. So he knew what letters meant to him, his family — the same thing,” Lloyd said.

“He just thought … they weren’t his, and he wanted to get them back to where they belong.” 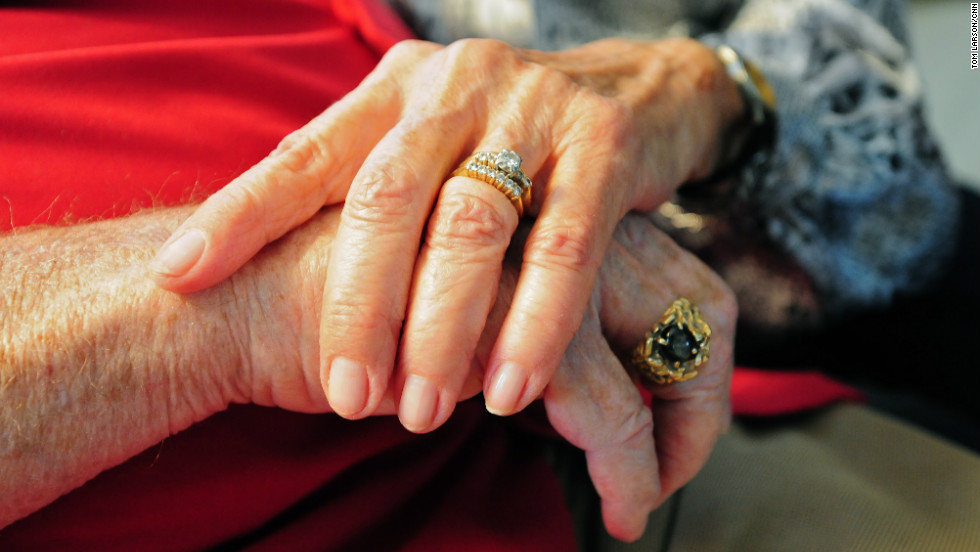 ‘Sweetheart, all my life is yours’

The letters are written in tiny print, many on thin onion skin paper. Most have upside down stamps, which was the Michaels’ way of saying: “I love you.”

They got back 241 letters, which they say is just a fraction of the many hundreds they sent each other over the years.

As they read through their letters, they often have to stop on account of tears, both happy and sad.

Reading one out loud, Marian’s voice broke. The emotion was raw, as if she was reading the letter for the first time and still waiting and worrying for a husband in harm’s way.

“They’re pretty difficult for us to read. It just brings back all the agony, and the worry, and the concern,” she said.

Though some letters were serious, others were playful. The Michaels poked gentle fun at themselves and each other, and imagined what they were going to do when the war was over.

They shared the sort of small details that make up a life.

“Guess what we’re going to have for supper!” Marian wrote in a letter dated December 8, 1944. “It’s really going to be a treat because we haven’t had any for so long. We’re going to have bacon! Boy, now that’s really something in this neck of the woods. … Pork is a luxury these days.”

Though times were tough and being separated was hard, Lloyd said he and Marian never really wrote about their problems.

“That would just burden the other party,” he said. “We were always trying to give the best that we had.”

Reading from her December 8, 1944, letter, Marian hints at the other reason why Lloyd said they initially kept their letters under lock and key — to keep their children’s prying eyes out of their most private exchanges:

Surrounded by family and friends, the Michaels celebrated their 70th wedding anniversary in December, shortly after they were reunited with their letters.

Where the rest are is anyone’s guess, but they are grateful they got back what they did.

“It’s bringing back all the memories. But it can’t draw the two of us any closer than we are,” Lloyd said. “We’ve been up and down life — been to the top of it and down to the bottom. We’re just a couple determined to make the best out of our lives.” 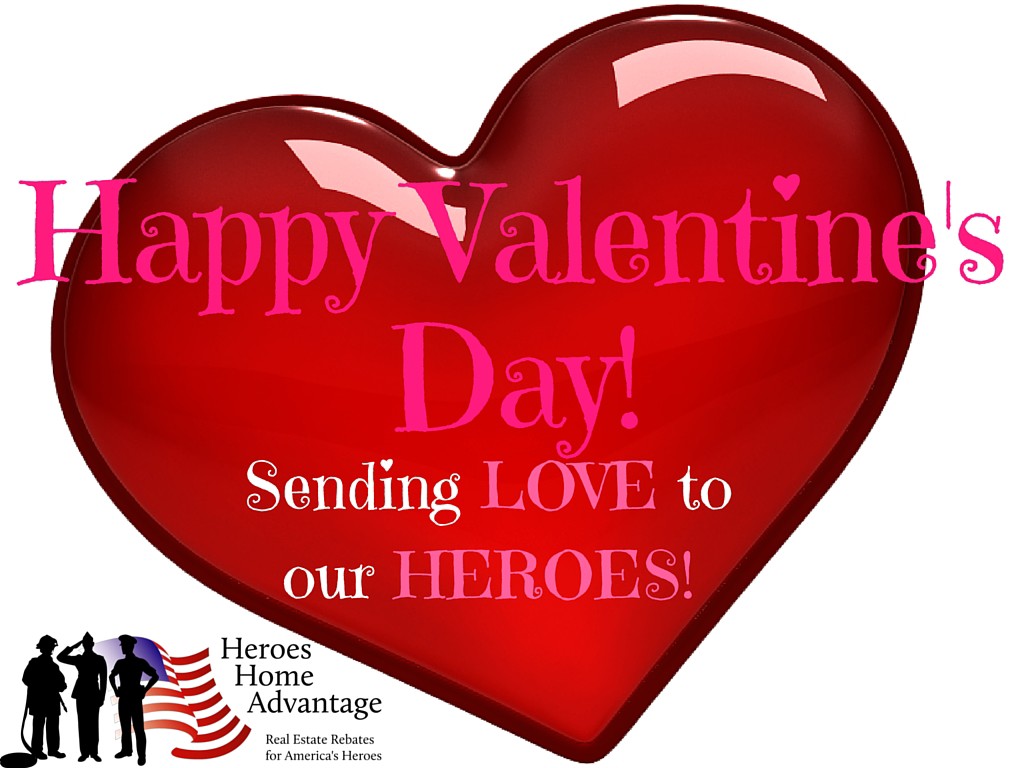